The Vespa Scooter, the Italian Myth 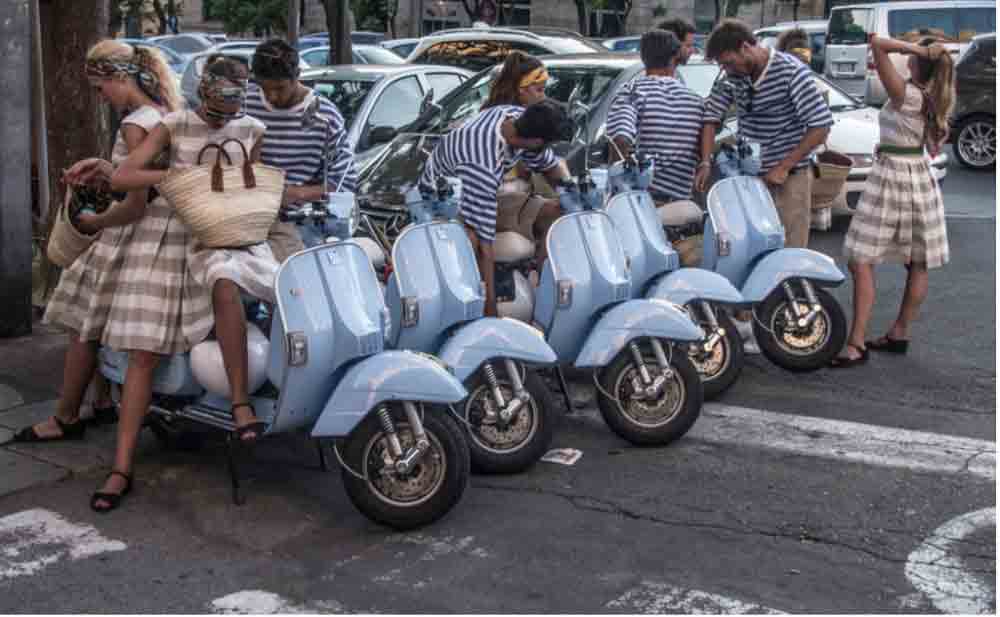 It is a very strong and, in my opinion, beautiful symbol of "Italian Style"

When We say Vespa, We say Italy, there are no discussions. The charm of traveling on two wheels among the picturesque streets in the middle of vineyards and cypresses is absolute!

I wrote vineyards and cypresses, which identify a typically Tuscan landscape, not surprisingly:

It is true that Vespa means Italy in general (So Rome, Cinque Terre, Amalfi ...) but did you know that the Vespa was born in Tuscany? Precisely in Pontedera (Pisa area, there is also a very interesting museum) in 1946 and where it is still produced for the US and European market (later plants in Asia for the Eastern market have been added).  Enrico Piaggio (entrepreneur) and Corradino d'Ascanio (Engineer) had a mission: to give the Italians an agile, fast, easy to use means of locomotion, which would serve to revive the country after the Second World War; a vehicle that could also be driven by women, which did not have to get the skirt dirty (after World War II there were very few women with trousers). The first Vespa advertising poster, in 1946, portrays a woman in the saddle. Can we imagine a more avant-garde marketing for that era?

It was Enrico Piaggio who, observing the finished project, said “it looks like a Vespa (wasp)” (with such a thin waist). Without a shadow of a doubt, the Vespa become famous thanks to the American cinema: from "Roman Holidays" with Gregory Peck and Audrey Hepburn to the "Dolce Vita" and "Scarface" and so on .. up to being exhibited as a work of art at the MoMA in New York

In short .. normally You are not particularly proud of a scooter, but, for sure,  You will be proud of a Vespa!

Why don't you try a guided Vespa tour in Tuscany, or rent a Vespa for a day? look at our proposals: